So whats the difference between these 3 machines?

All three series are relatively high level, high volume copiers designed to push out thousands of documents a month. 2 of the 3, however, are more alike than the other. 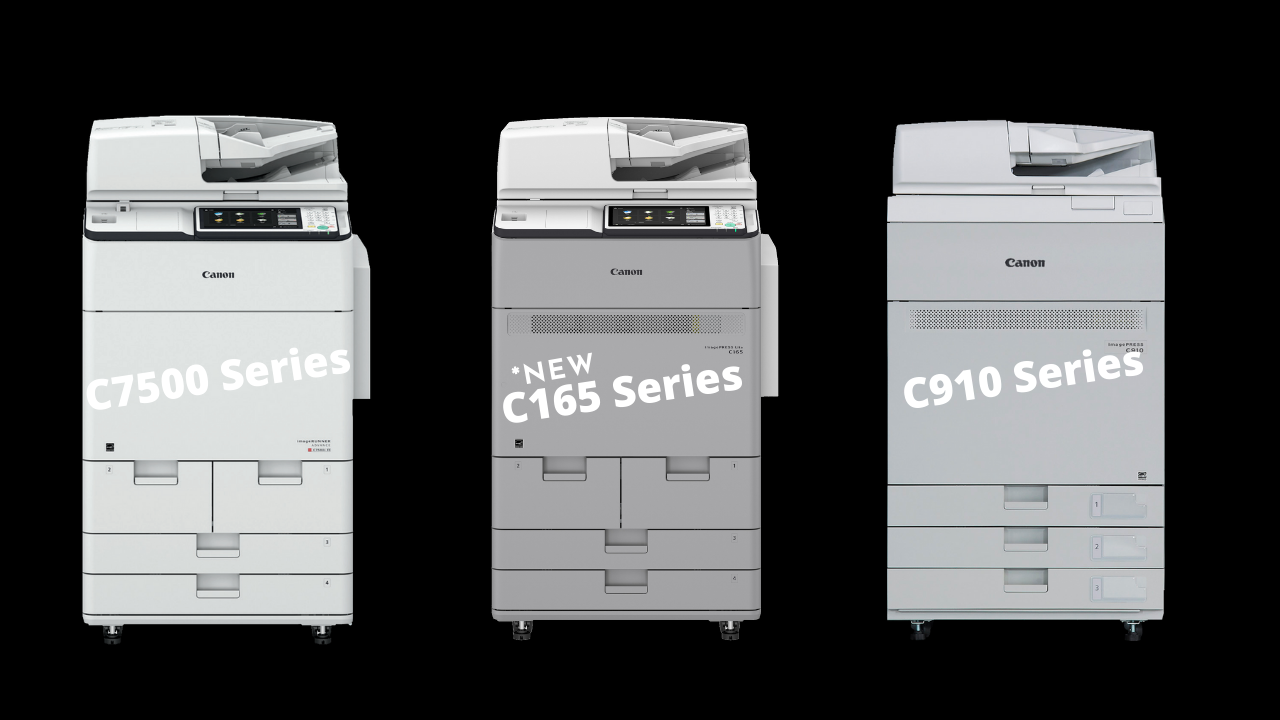 So first, these machines are in order of general production capability.
The farther you move to the right, the more production they are designed to handle and the more complex finishing options they have available to them.

The C7500 and C165 were designed as high volume office copiers. They can do everything a normal copier can do and handle a high number of users. The C165 and C910 were designed with production in mind. They can handle heavier paper weights and larger paper sizes while maintaining great print quality. If you want to see why I placed the C165 in both camps, click here 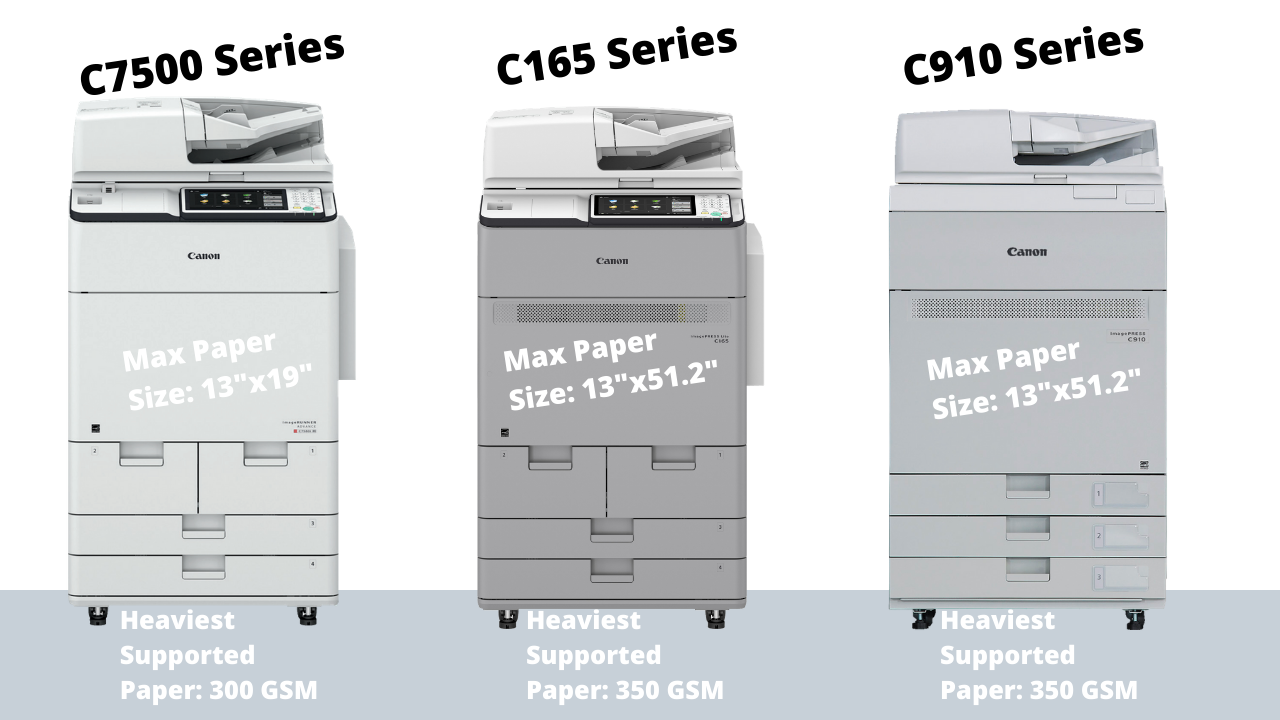 Here is the max paper size of each series. You see that the C165 & the C910 can handle long sheets and that’s because they were designed with production in mind. The C7500 is focused on the office.

When it comes to max paper weight, you see that the C165 and C910 slightly beat out the C7500. Again, that’s because they’re designed for production in mind. 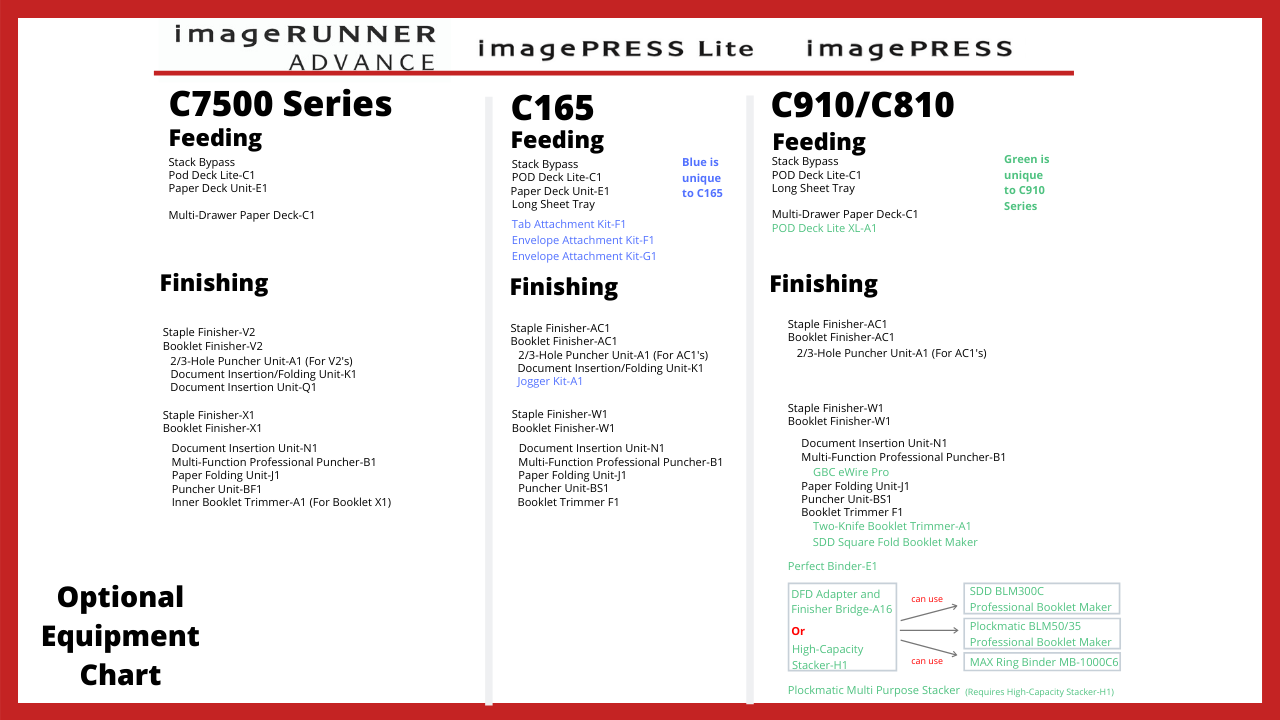 Here is a chart comparing all of the optional equipment for each series. The C7500 and the C165 are pretty similar their number of options, but the C910 series out-does them both. All 3 can create saddle stitched booklets and folded pamphlets, (C7500: Tri-fold,Zfold only) (C165 & C910: Tri-fold, Z fold, Accordion fold, Double Parallel Fold) but the C910 can create spiral bound booklets, ring bounded booklet, and square-fold booklets. 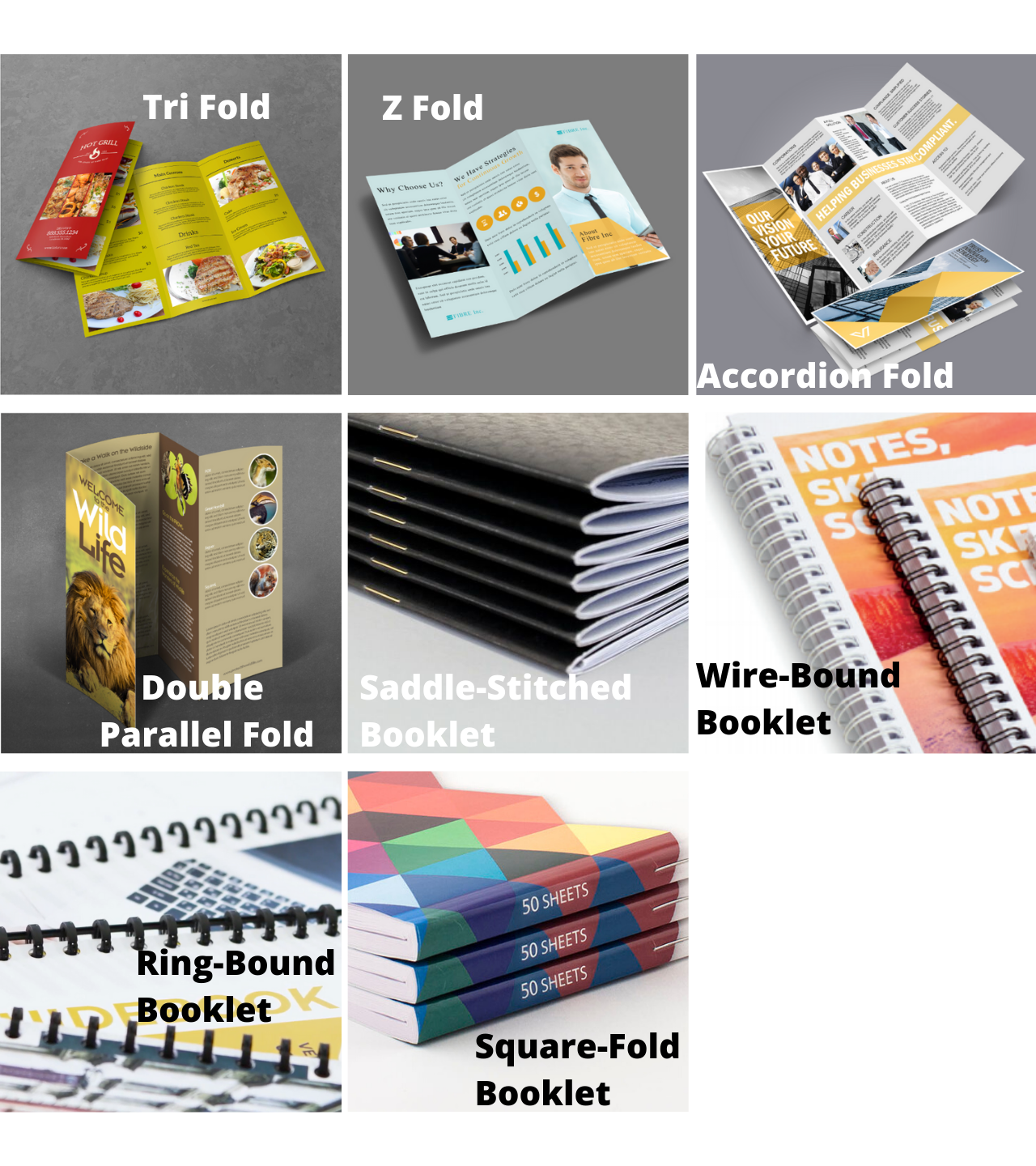 If you need any more help deciding which machine is best for you business, contact your local Canon dealer or if your business is located near Athens or Augusta Georgia, contact us at Duplicating Systems by calling one our offices or filling out this form.